The Jardin Exotique District in Monaco 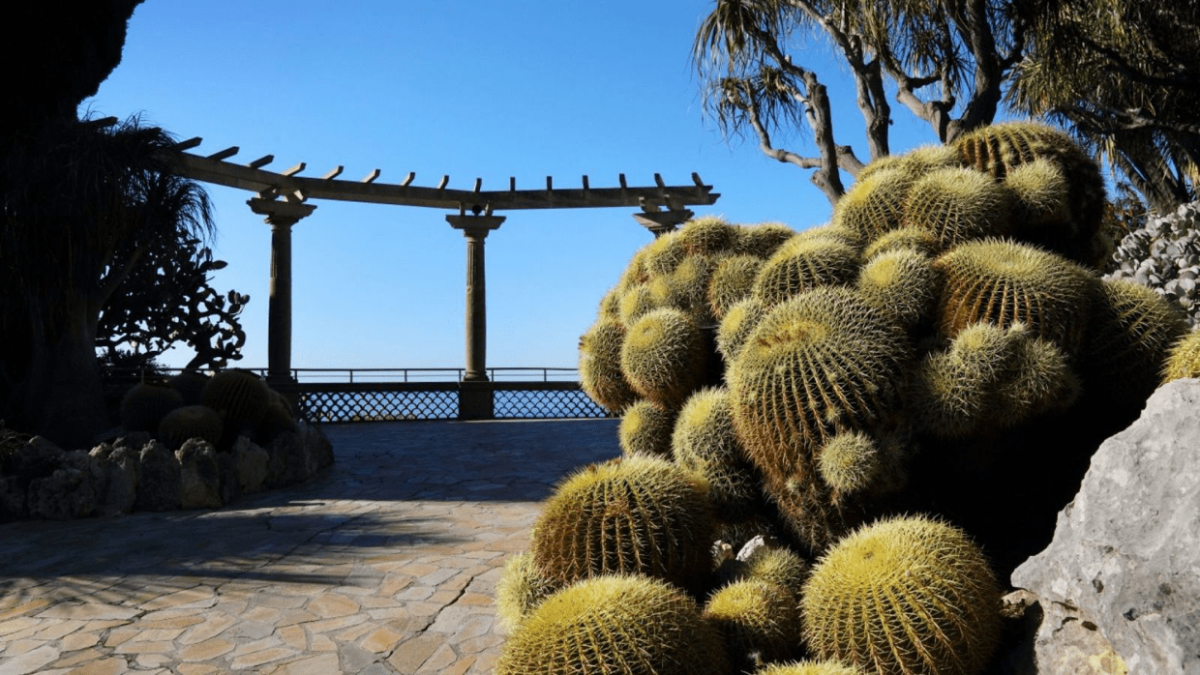 Obviously, the Jardin Exotique district takes its name from the superb Jardin Exotique de Monaco, a beautiful botanical garden. Located at the top of the Principality, at the edge of Cap d’Ail, this exotic garden is a magical place where visitors can discover astonishing plant species and enjoy magnificent panoramic views of Monaco and the Med.

The neighbourhood is a regulated district of the Principality since the most recent demarcation in 2013, which redefined the divisions in the Principality, initially defined in a 1966 royal decree. Monaco is now divided into seven districts with urban planning regulations, and two conservation areas. The duly created Jardin Exotique area brings together the old districts of Les Révoires and La Colle as well as a part of the former district of Les Moneghetti.

Jardin Exotique covers the south-western part of the Principality, bordered on the Monaco side by the district of Fontvieille, La Condamine and Les Moneghetti and on the French side by the communes of Cap d’Ail and La Turbie.

The neighbourhood is quiet and residential. Its elevated position offers plunging views across the city, the rock and the sea. The privileged few who are lucky enough to live there enjoy a feeling of weightlessness, of rising above the city, in direct communion with the sea, tantalisingly close.

A few key routes pass through the district, important arteries of the Principality

First up is the Boulevard du Jardin Exotique…

…which is the preferred route into the Principality for motorists arriving from the West.

The boulevard is an ideal introduction to Monaco, approaching from Cap d’Ail, about 150m above sea level, offering the visitor a visual representation of the unique relationship between the Alps and the Med, then descending in vast voluptuous curves towards Monaco railway station where the surroundings become more residential. The boulevard leads the way to Villa Paloma, which in 2008 became the New National Museum of Monaco (www.nmnm.mc). This villa, built in 1913 by Edward N. Dickerson, is one of the most beautiful patrician mansions of Monaco, and boasts a wonderful garden. 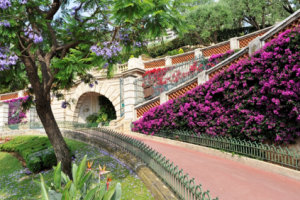 Further down, just before the school of Révoires, the boulevard runs alongside the Parc Princesse Antoinette, a lively location with its children’s play area and sports activities, including badminton, football-tennis and mini-golf, all surrounded by century-old olive trees and spectacular bougainvillea. It’s one of the main highlights of the district, especially for families with children and teens….

The boulevard leaves the district just ahead of the commercial and shopping area at the edge of Les Moneghetti, marked in particular by the presence of several car dealers.

The district’s other major road is the Boulevard de Belgique…

…which runs almost parallel to the Boulevard du Jardin Exotique, a few metres lower. Lined with modern residential buildings and traditional Monegasque villas, it connects the district of Les Moneghetti to the tunnel de l’hôpital. After the tunnel towards Cap d’Ail, Boulevard Pasteur takes over, leading to Princess Grace Hospital, before twisting and turning down to Fontvieille, after the Monaco Cemetery.

… where the area’s few shops are located, including a supermarket, a pharmacy, and a newsagent.

The public lifts in the Jardin Exotique District in Monaco

From the Jardin Exotique district, access to other parts of the Principality is facilitated by the presence of six public lifts:

These public lifts, and on a wider note all 28 lifts in the Principality of Monaco, make it easier for pedestrians to get around the country’s two square kilometres, where everything is accessible on foot. It is therefore possible to get from the Boulevard du Jardin Exotique to the Place d’Armes without much effort, using three lifts and a staircase!

What’s more, the Principality is now examining the possibility of a gondola that would link the Exotic Garden to the Rock of Monaco, via Fontvieille. A decision is expected in 2018 for possible commissioning in 2021… watch this space!

There are 187 buildings in the Jardin Exotique district, out of the 1447 that make up the Principality’s housing stock, which is around 13%. In the last four years, the annual number of sales has been between 45 and 60, which is about 10% of the number of sales in the Principality. In terms of price per sqm, Jardin Exotique is currently Monaco’s most affordable district, with an average price of €28,333 in 2016, compared to an average price per sqm in the Principality of €41,401. Over the last ten years, the Jardin Exotique district has seen real estate prices rise by 113%, a substantial increase, but much lower than in other parts of Monaco, such as Monte Carlo or La Condamine with an almost 200% rise between 2006 and 2016 (source: IMSEE Real Estate Observatory: http://www.imsee.mc/Publications/Observatoire-de-l-Immobilier)