The district of La Rousse in Monaco 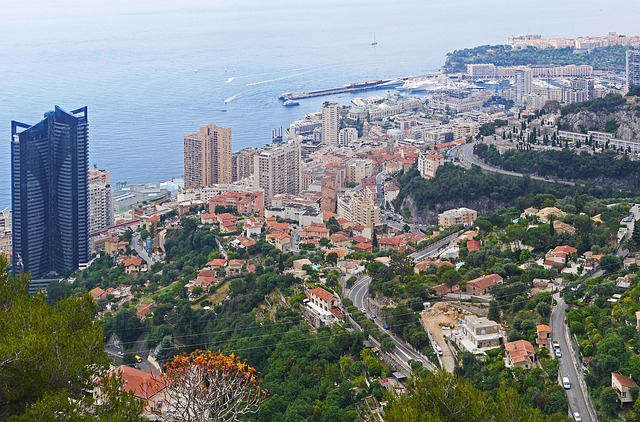 The district of La Rousse is located north-east of Monaco, bordered by Roquebrune-Cap-Martin to the east and Beausoleil to the north.

This is a neighbourhood worth considering for your purchase in Monaco, because it is a very active district. It is rather a small area, covering 176,888 sqm, or 8.7% of the Principality’s total surface area, a far cry from the Monte Carlo district, which represents 21.5% of Monaco’s surface area. But the district of La Rousse offers many opportunities for great accommodation in the Principality.

It is the most “built-up” district in Monaco, where the ratio between the total built-up surface area and the total land area is the highest: 362,954 sqm of built-up land, more than twice the surface area of ​​the district, whereas the Monaco average is 1.49 with districts like Larvotto, Condamine and Jardin Exotique between 1.17 and 1.28. It is also one of two districts in Monaco where the built-up floor area is the most dedicated to housing (87% in La Rousse, 89% in Les Moneghetti), unlike other neighbourhoods which are more oriented to other activities (40% in Fontvieille, 51% in Larvotto).

But most importantly, it is the Principality’s most active district in terms of property transactions! In 2016 for example, there were 141 sales, which represents 27% of all sales in Monaco, while the district only represents 17% of residential real estate.

The average price per square metre in La Rousse was €35,332 in 2016, making it one of Monaco’s most “affordable” neighbourhoods, below the Principality’s average of €41,420.

Origin of the district of La Rousse

It takes its name from the Vallon de la Rousse, a small valley which cuts across the Principality from Beausoleil to the sea. Leaving from the centre of Monaco, the district can be reached via the Boulevard des Moulins. Just after the Place des Moulins, where the district of Monte Carlo ends, is the start of the Boulevard d’Italie, the backbone of the La Rousse district.

A short tour of the La Rousse district…

Close to Monte Carlo, on the Avenue de l’Annonciade side, the urban landscape combines old villas with several high-rise buildings: the tallest in Monaco, the Odeon Tower, which stands at 170m high, as well as L’Annonciade and the Château Périgord (I and II). The district is also home to Collège Charles III, on the edge of Beausoleil. This ageing school, built in 1969, is set to relocate in coming years (between now and 2021) to the Pasteur islet, along with Lycée Hôtelier, which has already moved to La Condamine. The land freed up as a result, which belongs to the Monaco State, represents an important land base for the urban development of a new district, named “Annonciade II”.

Beyond the roundabout of the Château Périgord, the Boulevard d’Italie continues towards Roquebrune-Cap-Martin lined with medium-sized buildings, in the middle of which stands the very pretty Chapelle des Carmes.

Further on, the Avenue de Saint-Roman takes us to the immense Résidence du Parc Saint Roman, with its 107m-tall tower and Terraces, completed in 1982, in a park with a gorgeous swimming pool.

At the end of the Boulevard d’Italie, on the French border, you’re just a few dozen metres away from the courts of the Monte-Carlo Country Club, and a few hundred from Monte-Carlo Beach.

Two passenger lifts help pedestrian get around the neighbourhood:

Do not hesitate to contact us to discuss the neighborhood of La Rousse and its advantages and disadvantages compared to other areas of Monaco, in the context of your search for an apartment in Monaco.